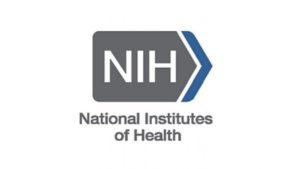 Two TCNJ Biology faculty members have each been awarded a grant from the National Institutes of Health (NIH) to support their research programs. Dr. Nina Peel, Associate Professor of Biology, received an award from the National Institute of General Medical Sciences (NIGMS) to study the contribution glutamylation makes to regulation of microtubule dynamics, including as a cause of fertility defects. Dr. Jeffery Erickson, Associate Professor of Biology, received NIH funding from the National Heart Lung and Blood Institute (NHLBI) to study how a deficiency of brain serotonin and nicotine exposure during fetal development interact to alter breathing and heart rate after birth. Both factors, due to maternal smoking, have been implicated in Sudden Infant Death Syndrome (SIDS).

Dr. Nina Peel’s research uses a model organism, the microscopic worm Caenorhabditis elegans, to answer questions about developmental biology and the genetics of cell division. Dr. Peel’s $305,000 NIH award is actually her second; in 2014 Peel was awarded her first NIH grant to study how a process known as tubulin glutamylation regulates microtubule function in cells. Microtubules are a major component of a cell’s cytoskeleton; they provide structure and shape to many cell types and are also involved in cell division and motility. These microtubules are made up of many units of a protein known as “tubulin.” Glutamylation is a modification of tubulin proteins; developing an understanding of its contribution towards regulating microtubule properties in cells is of great importance for understanding several human diseases. The objective of Dr. Peel’s new award is to continue to investigate how tubulin glutamylation regulates microtubule properties and function. Specifically, she and her undergraduate research team will determine the contribution glutamylation makes to centrosome stability, identify the mechanism by which glutamylation increases tolerance towards microtubule stressors (like temperature changes and exposure to toxins), and determine how hyperglutamylation causes fertility defects.

Dr. Jeffery Erickson’s research focuses on developmental cardiorespiratory neurobiology. Specifically, his lab is interested in the role that the neurochemical serotonin plays in promoting stable breathing behavior and heart rate after birth. Impaired breathing and/or heart rate are thought to be the most likely cause of death in Sudden Infant Death Syndrome (SIDS). His $421,000 NIH award will allow his team to investigate how two factors—a deficiency of brain serotonin and nicotine exposure during development—impact cardiorespiratory control in neonatal mice. Establishing a regular breathing pattern and maintaining a stable heart rate after birth are critical for postnatal survival in all mammals, humans and mice alike. The occurrence of SIDS has previously been linked to both reduced levels of brainstem serotonin and exposure to nicotine-containing cigarette smoke during development. However, the underlying mechanisms that link nicotine exposure and serotonin deficiency with cardiorespiratory dysfunction and infant mortality are not well understood. Using mice that have been genetically modified to reduce their levels of brainstem serotonin, Dr. Erickson and his undergraduate researchers will investigate these mechanisms. Their research will ultimately increase our understanding of the cause of developmental disorders like SIDS, providing critical information that will help inform future treatment and prevention.