Women make up almost half of the total United States workforce, but only 25% of women are currently working in the computer and mathematics fields according to the National Girls Collaborative Project. At The College of New Jersey, 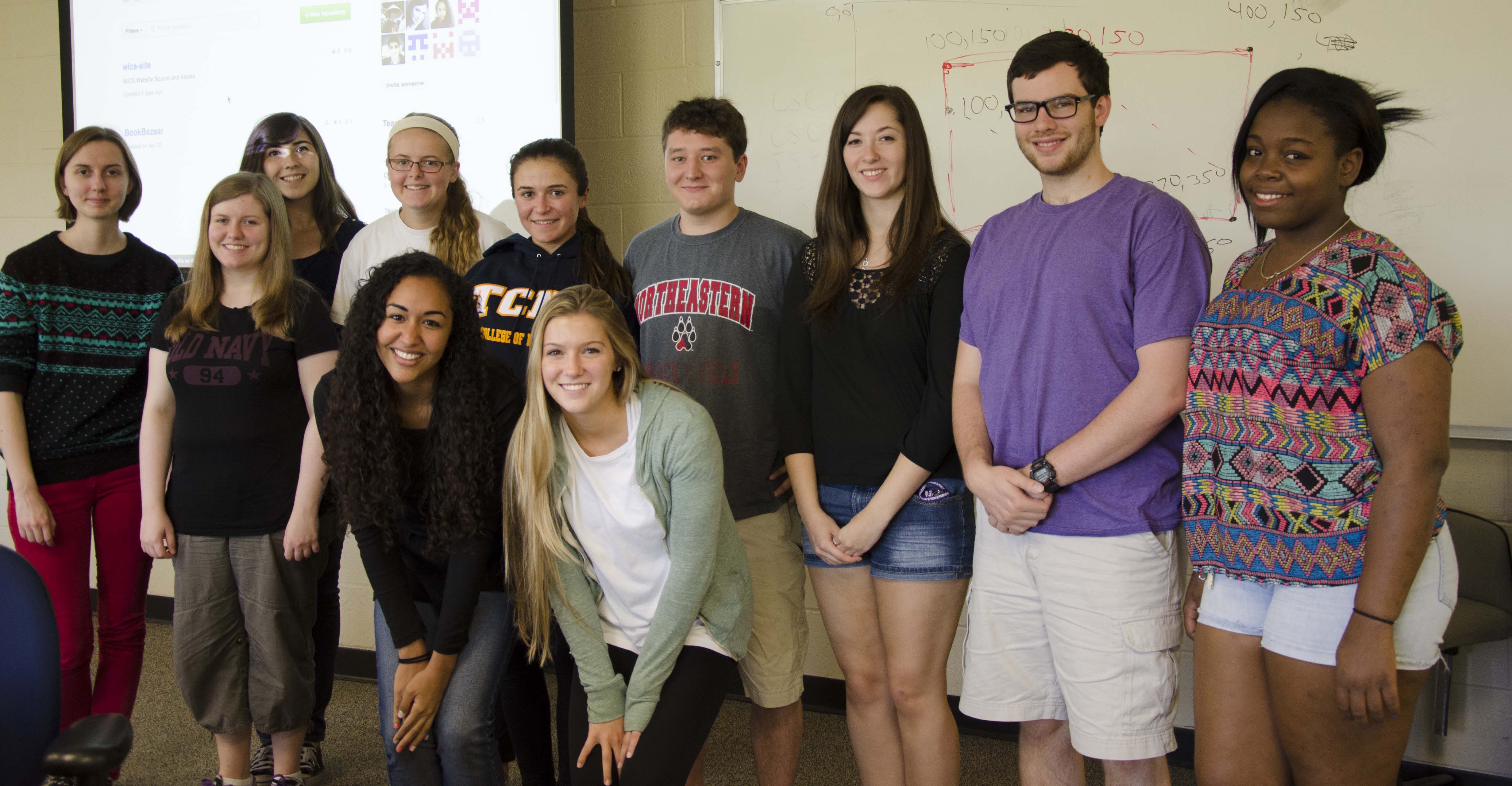 the Women in Computing and Science (WICS) club has aimed to increase that number by raising awareness of sexism in the workplace and encouraging young women to realize that both men and women can be successful in computer science.

“It’s not enough for the women to be present; they have to be given an opportunity to speak,” says Dr. Monisha Pulimood, advisor to the WICS club. Here at TCNJ, Pulimood serves as Chair of the Department of Computer Science, which has an almost equal amount of men and women – an equilibrium that she would like to see expand into the future workforce her students will soon enter.

The WICS club brings together men and women to talk about gender issues in computer science and provide a safe space where they can talk openly about gender microaggressions in the field. President of WICS, sophomore computer science major Brittany Reedman, explains, “What our organization aims to do is to show women that are really interested in technology that they are not alone – we are there for them. We want to provide support when they go to their job and there are no other women there, or they are in a class and it seems like someone’s disrespecting them because of their gender or because someone isn’t listening to their ideas.”

Reedman believes that it is important to include men in the club because the main point of the organization is to promote gender equality in the workforce – and that can only occur if both genders are on the same team. Reedman says, “We want men to understand our mission. Change isn’t going to come by just letting women know that they are not alone. Change is going to come by getting men to understand that we are a presence in this field and having them as allies to support us and encourage us to be in this field.” 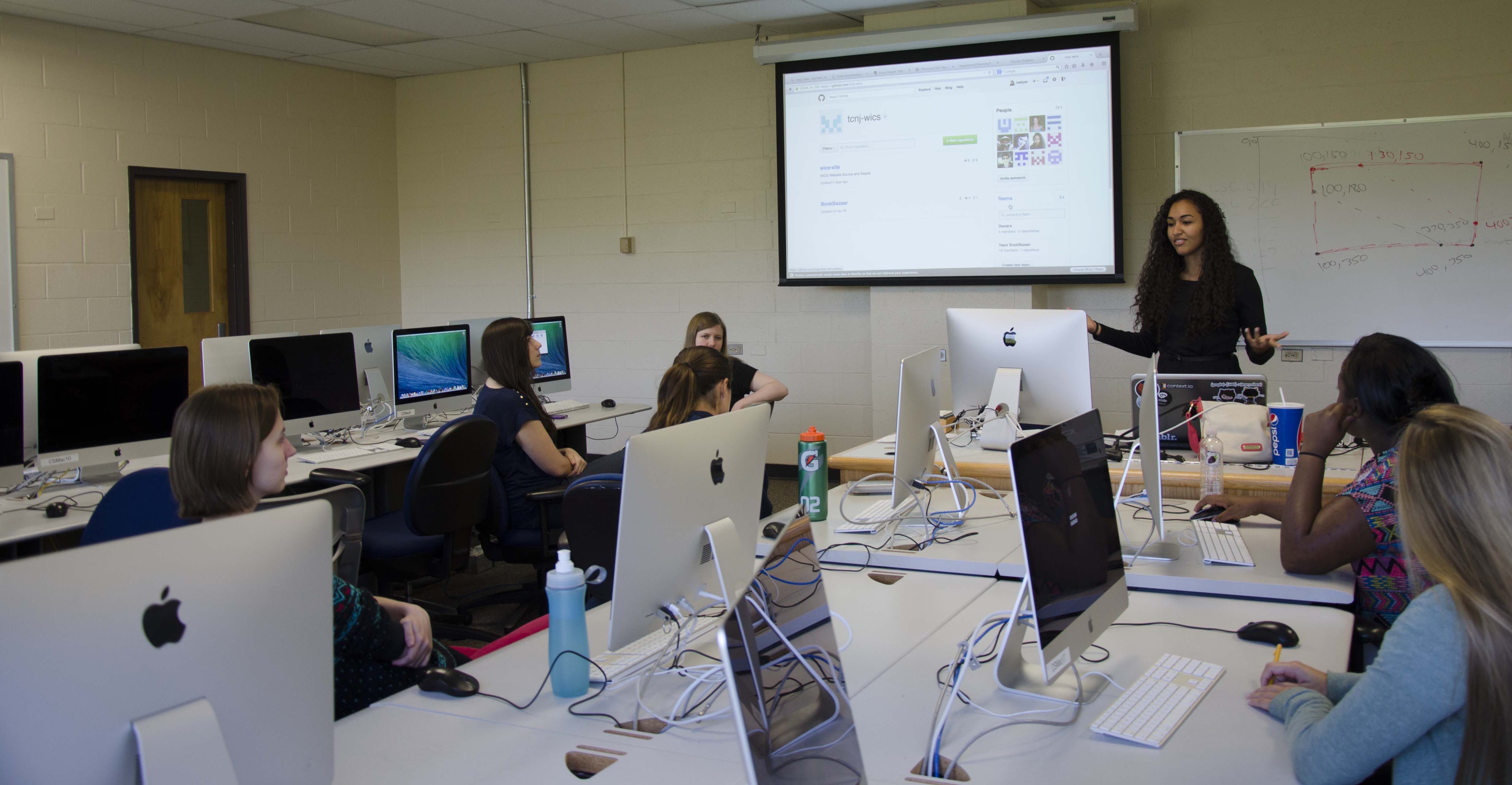 The all-inclusive club sparked the interest of junior computer science and interactive multimedia major Kevin Bohinski because he was able to hear how everyone had different challenges within the major. In February 2016, the club hosted TCNJ Hackathon, an event that challenges students to turn an idea into a workable app within 24 hours, and according to Bohinski, 25% of the participants who signed up were women. While he wishes to see that number increase at future events, he knows that the only way that will occur is if men and women in the department support one another. He believes that, “It’s the male’s role to not do anything that’s oppressive and to make sure that everyone feels included.”

The club also hosts events and brings speakers to campus to provide connections and networking opportunities as well as to inform women and men about possible job opportunities and what they can be doing now to prepare for the future job market. This semester the club has brought to campus TCNJ alum Gloria Broeker, Class of ‘93 and Chief Operating Officer of Information Technology for the State of New Jersey, and Lauren Farese from the global 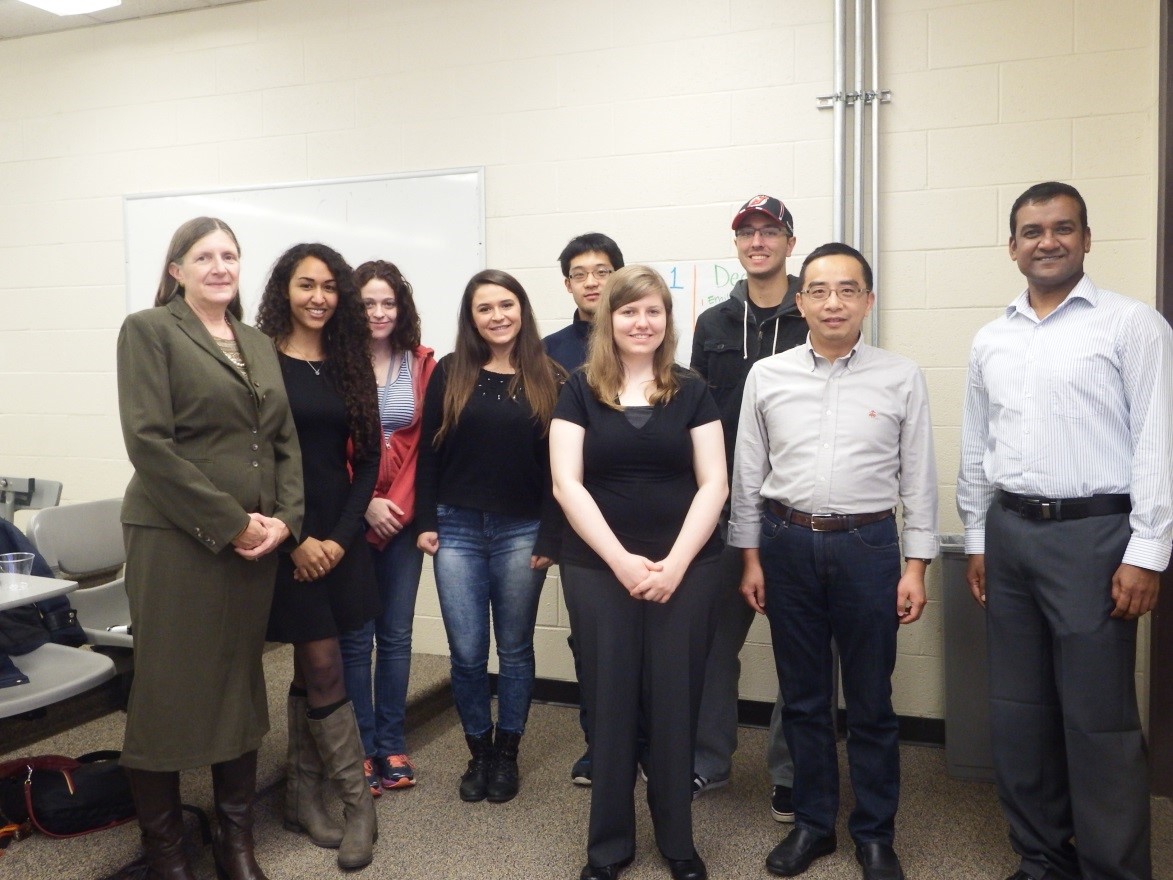 computer technology corporation Oracle. The club recently attended a ‘women in computer science’ event hosted by the Google office in New York that, according to Reedman, resembled a “big playground” where WICS members got to meet more women in the computer science field. She believes that “All these top companies are realizing that they are going to be missing out if they don’t encourage these really smart people from both genders to enter the field.” The club has also implemented a “Lean In Circle” on campus, which, according to leanincircles.org, are “small groups who meet regularly to learn and grow together” and allow women and men “to talk openly about gender issues.”

WICS’ members also believe it is imperative to discuss relevant events or topics in the news and also practice interviewing skills to complement their computer coding experience. Reedman believes that presentations by speakers and events that WICS has hosted provide hope for women in the major, because these not only educates them on job opportunities in computer science, what skills they need to succeed, and how to combat sexism in the workplace, but also that the sky is the limit for what they can achieve.

For those interested in attending a WICS club meeting, meetings are typically held from 3:30-4:30 pm on Wednesdays.