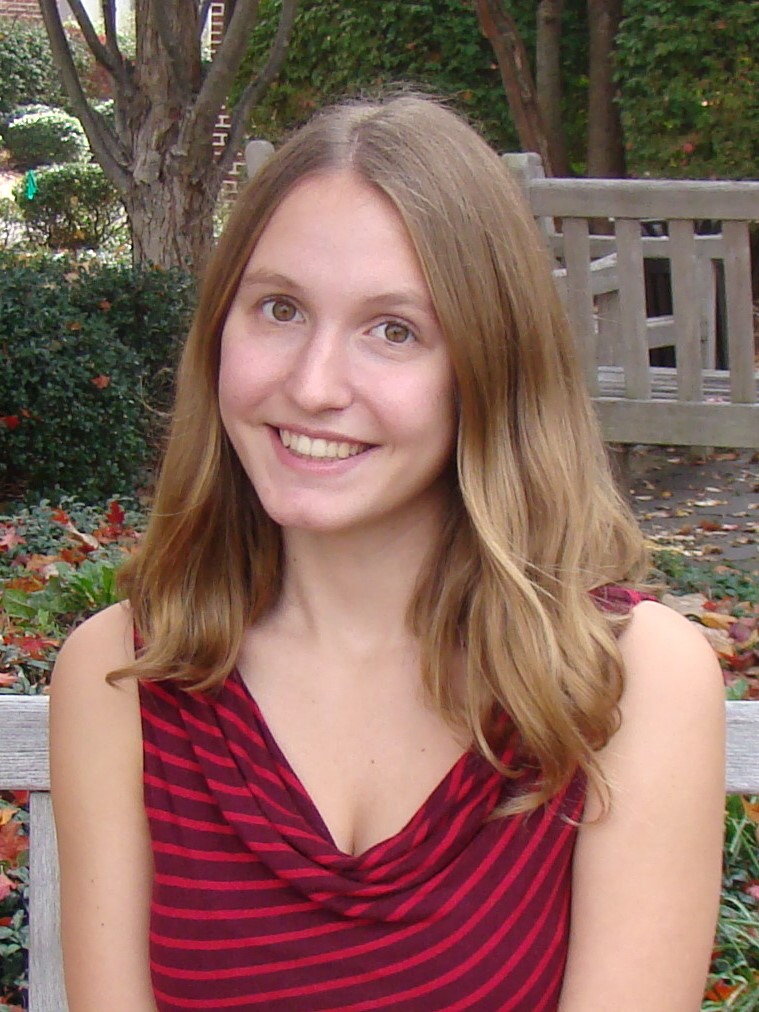 A Barry Goldwater Scholarship, a GPA to put her on the Dean’s List consistently, presidency of  the mathematics honor society Pi Mu Epsilon, and a genuine love of math are what make senior mathematics major Alana Huszar a force to be reckoned with.

What prompted Huszar’s infatuation with mathematics and all that encompasses it? It was none other than her first Calculus class in high school. “Calculus is what really made me fall in love with math,” Huszar raves, prompting her to pursue a career as a math teacher and led her to TCNJ, which is known for its stellar education program. When she came to the College and took a course called “Proof Writing through Discrete Mathematics,” she realized that “Math isn’t just calculus; it’s all of these other topics that are really fun.” While she became passionate about different types of math, in one semester she was faced with the decision to choose between two math courses because she had to take an education course for her double major. This is when she decided to switch to solely being a Mathematics major. “I definitely made the switch because I loved taking as many math courses as I could,” she explains.

Huszar thrived, as she was able to finally focus on everything mathematical. It’s not just the challenge that enthralls her. “Math is just like fitting pieces into a puzzle. Maybe you’ll prove something that helps someone else.  Maybe someone will prove something that helps your ideas. I really like the connections that can be made and the collaboration that can occur between people.”

Even though men outnumber women in the mathematics workforce, Huszar has never felt intimidated or discouraged from sticking with her major. “I was really fortunate here because TCNJ has a large proportion of female math majors. In one of my 400-level courses, the class is split evenly between men and women, and my other course only has two men. Being here I never thought that was a huge problem.” She also had the opportunity to participate in the Institute of Advanced Study’s Women in Mathematics Program last summer and heard female professors, post-doctoral students, and graduate students speak about their negative experiences in male-dominated departments.  It was then that she realized how different it was for women outside of TCNJ. “It’s really good that more women are going into STEM (science, technology, engineering, and mathematics) fields. Fortunately here at TCNJ, everyone has been super welcoming to everyone.”

Huszar is constantly on the move. Last year, she won the Barry Goldwater Scholar award for her work in using graph theory to prove the Graceful Tree Conjecture, which has been unproven for 50 years. “What I do is a piece of a bigger puzzle. I took a different approach to the Goldwater project than people had been taking.” Even though she got the initial idea while at another campus on an REU (Research Experiences for Undergraduates) program, she says “a lot of the professors at TCNJ were really helpful by giving me feedback and challenging me to relate the research to the real world. The TCNJ math department has been supportive in everything I do even if it was based on research that was done somewhere else.” 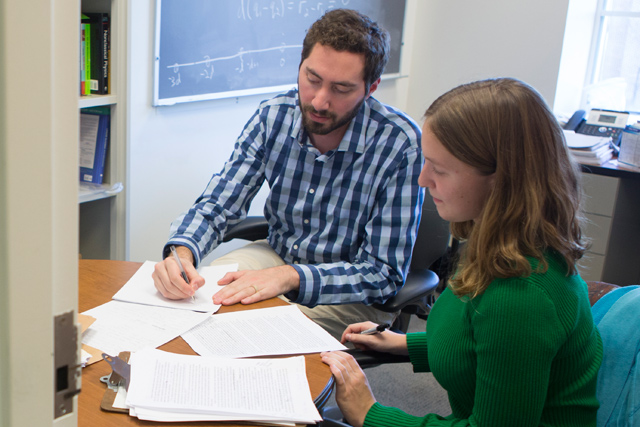 She is also the current President of Pi Mu Epsilon, the mathematics honor society, and is constantly tutoring in her favorite subject. Pi Mu Epsilon hosted a Halloween costume party for the math department in which faculty and students dressed up, with Huszar donning a math-themed costume, of course.  The honor society also hosted a game show “Are You Smarter Than a TCNJ Student?” in which math department professors will answer pop culture questions about sports, movies, and even TCNJ campus life, which Huszar looks forward to because “a lot of the students like to come see, so we try to do fun activities like that.” As for tutoring, Huszar has been doing that every day for 2-3 hours since her sophomore year, helping people from a diverse array of math classes ranging from pre-calculus, business calculus, abstract algebra, to real analysis. She hopes to continue helping others with math in graduate school as a teaching assistant for math courses.

While enthusiastic about math, Huszar still has hobbies outside of her major. “Unfortunately, I am also a nerd outside of math,” she admits with a laugh. She loves reading comic books and playing board games with her friends, her favorite being Dominion, a medieval card game with the objective of gaining as much unclaimed land as possible for your kingdom.

As for the future, Huszar is currently conducting research in algebraic geometry with her advisor Dr. Steffen Marcus in order to complete an undergraduate mathematics honors thesis. “I really like it. I also applied for the NSF (National Science Foundation) graduate fellowship program which will use extensions of that research, so I’m very excited for this upcoming year.”

What is her advice for incoming students interested in the math program at TCNJ? “Get involved with the department, because we have a lot of events going on with the students and professors. Don’t worry your first year about your specialization yet. See what you like, whether it’s discrete math or statistics. Don’t freak out. Go for tutoring if you need it because the math program is pretty hard; a lot of students struggle at first, but then realize that new, different way of thinking.”