Dr. MacDonald’s four students, Skylar D’angiolillo, Ashley Fernandez, Michael Pedowitz and Michael Polania gave talks on the results of their research on exoplanet dynamics. Skylar showed that the unique dynamicinteractions between two of the planets in the Kepler-305 system, known as mean motion resonance, allowed an estimation of their masses, such that one planet is likely to be terrestrial, two are likely mini-Neptunes with extended atmospheres, and the last planet has an inflated atmosphere with a bulk density less than water. Ashley and Michael Polania presented their results of the resonant system Kepler-80, using dynamics to measure the mass and orbit of its outermost system and examining the possibility of an additional planet in the system. Michael Pedowitz discussed the stability and habitability of planets orbiting two stars over a billion years, finding that most planets orbiting stars of similar mass are too cold to host Earth-like life and that most of these planets experience large temperature fluctuations on very short timescales (ΔT > 50 K, t ≈ 40 days), requiring more in-depth radiative transfer modeling to fully explore their habitability. Dr. MacDonald gave two talks: one focused on the results of ungrading PHY 162 Astronomy: Planets and the lessons learned in applying this technique to a large, liberal learning STEM course; the other discussed a new software created to  identify, confirm, and characterize resonances, which was applied to 66 new resonant systems. 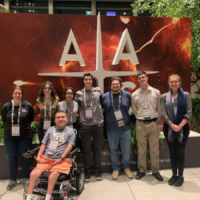 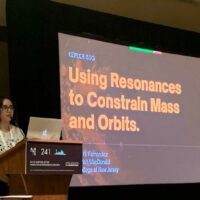 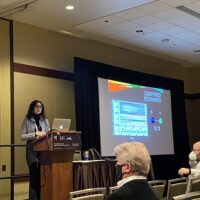 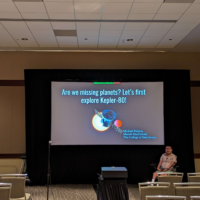 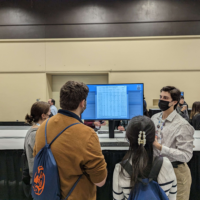 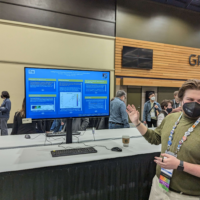 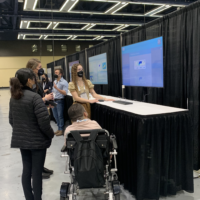 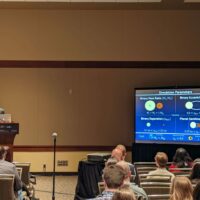