The School of Science and Department of Physics at TCNJ are honored to host Dr. Jeffrey Y. Tsao for our Fall 2017 Colloquium Series, on Tuesday, October 24, 2017 from 12:30-1:30 pm in the Education Building, room 212. The lecture will be followed by lunch reception.

Dr. Tsao is a Principal Member of Technical Staff at Sandia National Laboratories and Chief Scientist of the Energy Frontier Research Center for Solid-State Lighting Science.  His work involves integrated science, technology, and economic modeling in Solid-State Lighting, and other areas. He is also exploring network models of knowledge production – a new approach to the field of “evolutionary epistemology.”

“Towards an Applied Science of Research: Thinking More Deeply about the Nature and Nurture of Research”

Research is modern society’s formal process for exploring the scientific and technological unknown. Its vitality is as important to society as ever: there is no shortage of humanity-scale problems that will require new science and technology to help solve. Research, however, is fragile and easily stunted. It is an increasingly common refrain from even society’s most celebrated researchers that their best research occurred in spite of their research environment, not because of it. If research is to thrive, it must be nurtured; but if research is to be nurtured, its nature must be understood. In this talk, we discuss progress on a “reflexive” research agenda whose long-term goal is an understanding of the nature of research that is actionable – that can be applied to nurturing and improving the practice of research. 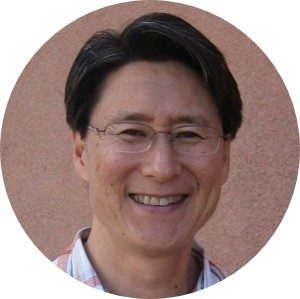 Jeff Tsao is a Distinguished Member of Technical Staff at Sandia National Laboratories. From 1981 to 1991, at MIT-Lincoln Laboratory and Sandia, he studied laser microchemistry and the materials science of strained heterostructures, culminating in a research monograph “Materials Fundamentals of Molecular Beam Epitaxy.” From 1991 to 2001, he was research manager at Sandia then Vice President of R&D at E2O Communications, a U.S.-based pre-IPO fiber communications company. From 2001 to 2009, he returned to Sandia, spearheading white papers and reports, which helped set larger national and global research directions, including in solid-state lighting. From 2009 to 2014, he served as Chief Scientist of Sandia’s Energy Frontier Research Center for Solid-State-Lighting Science. In 2016, he began a part-time Harvard Belfer Center Fellow appointment to begin framing and articulating guiding principles for the practice and nurturing of research.

Jeff has authored or co-authored over 100 publications, holds 9 U.S. patents, and is author of a 1993 research monograph “Materials Fundamentals of Molecular Beam Epitaxy,” for which he won Martin Marietta’s 1994 Author of the Year and Jefferson Cup awards. He has has also received the Asian-American Engineer-of-the-Year 2013 Award.