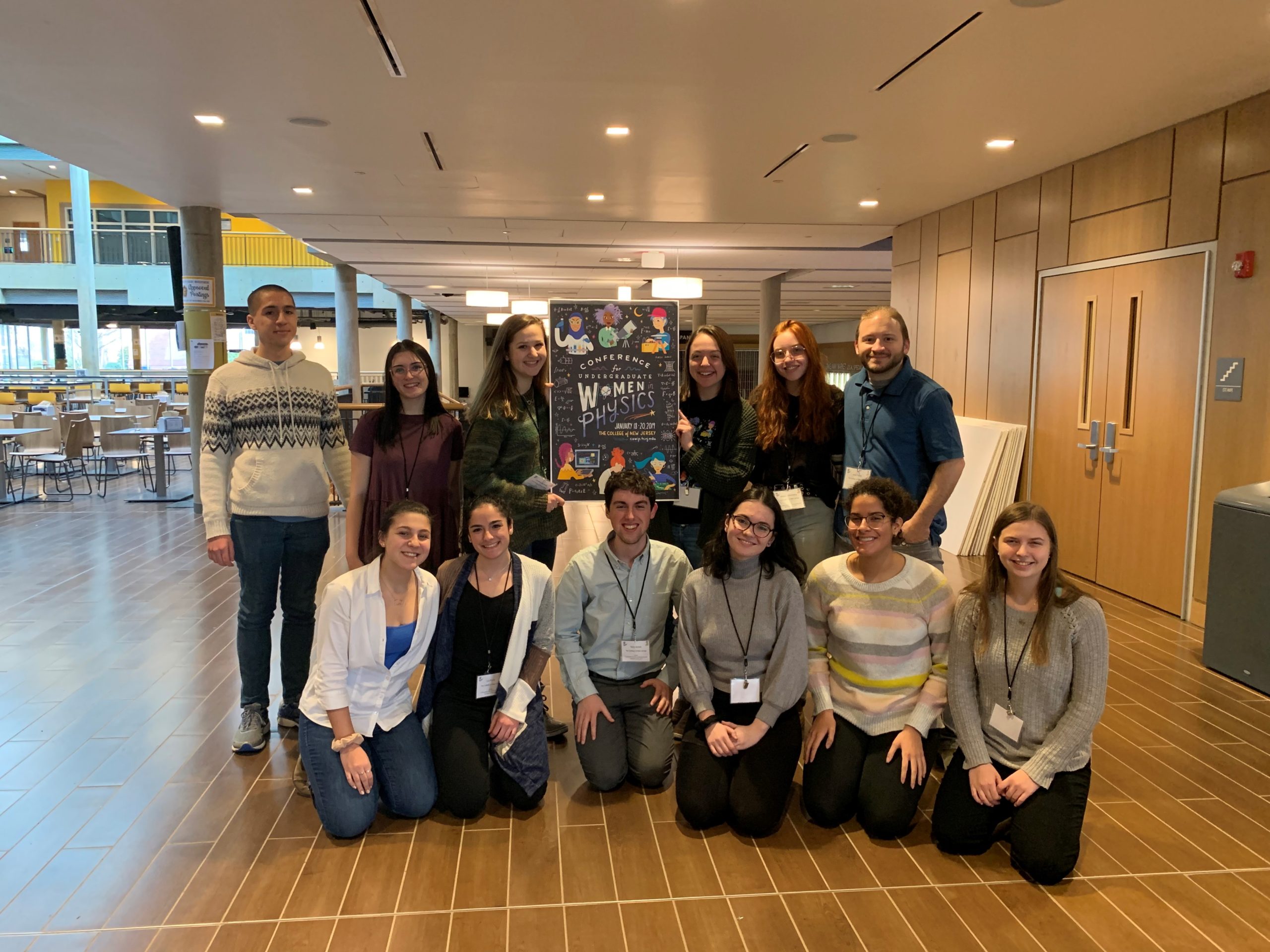 The College of New Jersey’s chapter of the Society of Physics Students (SPS) has won an Outstanding Chapter Award for the chapter’s accomplishments during the 2018-2019 academic year. This is the second time the chapter has been recognized for its excellence as a top-tier student-led physical sciences organization.

The Outstanding Chapter Award is the highest level of distinction given by the Society, and it is awarded to fewer than 15 percent of all SPS chapters at colleges and universities in the U.S. and internationally, with just 103 of 829 chapters so honored this year.

The Society of Physics Students is a professional association designed for students and membership is open to anyone interested in physics and related fields. The Society operates within the American Institute of Physics (AIP), an umbrella organization for professional physical science societies.

The Society of Physics Students chapter at TCNJ is advised by Dr. Romulo Ochoa and is led by student officers. The 2019-2020 officers are:

“This recognition is a high honor for TCNJ, our chapter’s students, and for science achievement at the higher education level in New Jersey. We are very grateful to have been selected for such a distinguished award.” said Noah Devane.

SPS chapters are evaluated for the awards on the basis of their level of interaction with the campus community, the professional physics community, the public, and with SPS national programs. The Outstanding Chapter Award recognizes high levels of outreach as well as unique approaches to fulfilling the mission of SPS to “help students transform themselves into contributing members of the professional community.”

During the award year, the TCNJ chapter accomplished co-hosting the Conference for Undergraduate Women in Physics (CUWiP) for the Mid-Atlantic states, volunteering at the Antheil Elementary School promoting Physics and Science to their students, and organizing department-wide events such as a picnic and dinner to promote interactions between students and faculty. This was all made possible from the hard work of not only the current student officers, but those from 2018-2019 as well, including Terry Schuh, Carmen Carusone, Robert Wagner, and Sammi Staskiewicz.