Cynthia Curtis had numbers in her blood. With a grandmother and mother who both studied mathematics, it is no surprise that this professor was drawn to the field. “I never thought to question whether mathematics was something a woman could do,” explained Curtis, who says she was inspired by their example. 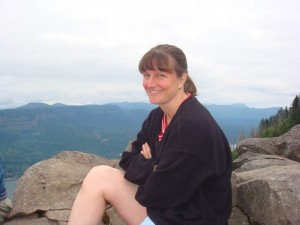 After earning her bachelor’s degree in mathematics at Union College, Curtis went on to Yale for graduate school. She joined the faculty at The College of New Jersey in 1998, fresh from an assistant professorship up the road at Princeton University.

With regard to her research, it is knot what you might expect. Curtis specializes in topology, a modern branch of geometry. Unlike your typical high school geometry with its emphasis on measurements, topology ignores the differences related to distance and instead focuses on other aspects of shape – for example the number of holes in a lace doily or how a shoelace is knotted. In addition to applications in DNA, chemical bonding, and statistical mechanics, topology even answers questions about the shape of the universe.

“Few people understand how research in mathematics is performed,” said Curtis. “Mathematicians sit down and work to discover patterns along with the mathematical proofs of why these occurred. Alternatively we may come up with an example that shows an apparent pattern does not always hold.”

Typically one to two students work with Curtis each year. Last semester two students attempted to understand what types of surfaces have a given knot as a boundary.

“I really love the balance between working with undergraduates and performing high-level academic research,” said Curtis. In the classroom, she teaches Calculus, upper-level courses in Geometry and Topology and, every once in a while, a seminar on Knot Theory.

Like most scientific research, Curtis says much of her work comes with the coveted “aha” moment. “I’ll work and work to the point of frustration, and then wake in the middle of the night with the solution,” she explained.

With an undergraduate study abroad experience under her belt, Curtis is a big fan of math majors venturing across the pond. She spent her junior year at the Swiss Federal Institute of Technology in Zurich, after taking intensive language courses in Austria and Germany. “Of course you don’t learn math terminology, so I had to pick it up in the first week of classes,” she said with a laugh. 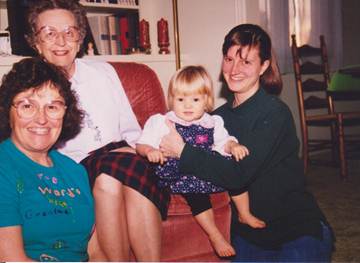 “It was a wonderful experience in a very different educational environment,” Curtis added. “I gained a lot in terms of living somewhere else and getting a different perspective on the world, growing as a mathematician along the way as well.”

Not only that, Curtis walked away from the experience with something more tangible: her husband. “Union College typically sent one student to Switzerland each year, but that year they sent two. I married the other one,” she said.

When not studying knots, Curtis divides her time between serving as President of the Faculty Senate at the College, volunteering on the board of an English as a Second Language (ESL) organization, and spending time with her family